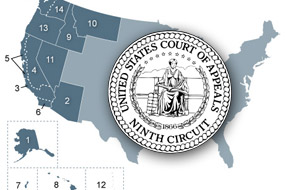 The Los Angeles and Sacramento appeal lawyers at Kassouni Law litigate in all courts throughout the state of California and in the United States Supreme Court. Our appellate lawyers are passionate about all things legal, treating each case as if it were their own and dedicating themselves fully to the pursuit of justice with offices in Sacramento and Los Angeles.

If you have a question about your appeal, please give us a call at 877-770-7379. California appeal attorney, owner, and managing partner Timothy Kassouni will speak with you personally.

Once the notice of appeal is filed with payment of fees, the appellant must proceed to designate the record on appeal. The record consists of the trial court documents which the court of appeal will need to review, as well as transcripts of relevant trial court hearings. An additional fee will need to be paid to enable the court reporters to prepare the transcripts of the hearings. The appellant must also choose whether to proceed with an appendix in lieu of the clerk’s transcript. This is the preferred choice, as the appellant can compile all of the necessary documents for filing at the same time as the opening brief, which is usually due three to four months after the notice of appeal is filed.

The party that won the case in the trial court is called the respondent. However, in some cases even the winning party might not be fully satisfied with the result. Suppose, for example, the winning party won an award of damages, but believed the trial court erred in excluding expert evidence that would have made the amount awarded higher. Or suppose the winning party is not satisfied with the amount of attorney’s fees that were awarded. In either instance, both parties to the case file their own notices of appeal. When this happens the court of appeal typically consolidates both appeals for efficiency.

The appellant files its opening brief, followed by the respondent’s brief, and then followed by the appellant’s reply brief. With limited exception, no further briefing is allowed. A short oral argument is then scheduled several months after the last brief is filed. Once oral argument is concluded, the court of appeal has 90 days to issue a decision.

The decision can be published or unpublished. The party which loses the appeal can then seek further review in the California Supreme Court. Before that is done, however, it is very important to first file a motion for reconsideration in the court of appeal pointing out any factual and legal errors.

To consult with a premier LA appellate lawyer or a Sacramento appeals lawyer at Kassouni Law call (877) 770-7379.