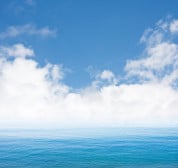 Should a property owner have to get a coastal development permit before he can close the gate to his private property? The Surfrider Foundation thinks so, and if it wins its current lawsuit against Vinod Khosla  that could soon be the law of the land in California.

Vinod Khosla immigrated from India as a young man and later became the founding CEO of Sun Microsystems (a company which produced servers, computers and developed open source software including Java -a platform installed on almost every computer in the world). Later, Khosla was instrumental in developing Nexgen, a semiconductor company which was one of Intel’s largest competitors prior to its acquisition by AMD. To say that Khosla has contributed to the United States’ dominance in the tech industry is an understatement at best. His American success story is a testament to others considering legal immigration.

However, due to recent events, one is left to ponder the message California is sending to others considering legal immigration who have the capacity to positively impact the California economy like Khosla.

In 2008, Khosla purchased property in San Mateo County abutting a portion of the coastline known as Martin’s Beach. As a practical matter, the only way to reach Martin’s beach by land is a private gated road that crosses Khosla’s property. Surfers can, conceivably, paddle around adjacent cliffs to reach the beach, but land access to the beach is difficult, absent the use of the road on Khosla’s private property. The road has been gated since at least the 1960’s (long before the Coastal Act was adopted), but prior owners often permitted surfers and other beachgoers to use the road for a small fee. Maintenance of the road is costly due to beach erosion, so Khosla has chosen not to allow such arrangements and has kept the gate closed. After some litigation, the County Court issued an order declaring that Khosla owned the road fee-simple and did not have to allow public access to the road. But that wasn’t the end of the matter.

Disgruntled surfers soon contacted the Surfrider Foundation who then filed suit in the San Mateo County Superior Court. Surfrider’s new argument is that closing the pre-existing gate constitutes development under the California Coastal Act- requiring a permit from the California Coastal Commission. Common sense would seem to dictate that closing a gate is not the type of new “development” the Coastal Act was designed to regulate. But common sense and the law often travel separate paths. The Coastal Act’s definition of development is notoriously broad, covering not only construction but also any “change in the intensity of use of water, or of access thereto.” Surfrider argues that this definition should be read to include any alteration in beach access across private property. In other words, if a property owners action’s affect the number of people traveling to the beach in any way, those actions require a permit from the Coastal Commission. Such a broad definition of development could have ludicrous results for property owners along the coast.

By Surfrider’s definition, a property owner who, out of kindness, allowed twenty people to cross his land to access the beach on Wednesday would need a permit to cut off access at 19 people on Thursday. If he then decided that he needed absolute privacy on Friday, he would need another permit for that as well. In other words, once the public crosses your land once, you forfeit your right to restrict access in the future without seeking a Coastal Development permit. If Surfrider prevails it would not only spell the end of private beaches, but private property rights along the coastline as well. If the public wants a public access easement across Mr. Khosla’s land it should pay for it through eminent domain. It cannot force Khosla to forfeit his right to private property without paying him for it, simply because someone drove across his property to access the beach in the past.