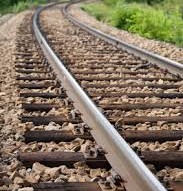 Under the “Rails to Trails” program, the Federal government has begun converting abandoned railroad tracks into hiking and biking trails for the public. While this may seem like a noble endeavor, there is one major problem: the land the trails run through doesn’t belong to the federal government.

In the nineteenth and early twentieth century when train travel was king, railroad tracks covered large portions of the country side. Rather than purchase the land over which these tracks ran, governments and railroad companies would often purchase an easement for the tracks to run over. An easement is an agreement that allows one to use someone else’s property for a stated purpose, but allows the property owner to maintain title to the property.

Today, many of these old rail-lines have been abandoned or are no longer in use. Under the common law of easements, that means the rail easements should be extinguished and the property should revert back to the original owners. That has not been the case.

Under the Rails to Trails program the Federal government has claimed these abandoned lines for hiking trails. According to the government, they can use the rail easements for whatever they want. It doesn’t matter that it is no longer used for trains.

The landowners disagree. Relying on a long line of cases holding that easements are tied to their purpose, the landowners argue that the new use of the easements constitutes a taking of their private property. The Supreme Court has agreed to hear the appeal lawyer’s cases.

The implications of this case are far reaching. Governments across the nation hold numerous easements over private property for certain uses. For example most homes have pipeline easements for sewer pipes running through their yards. Under those agreements, the government has the right to enter private property to run and maintenance sewer pipes. If the Court were to find that an easement is just an easement regardless of purpose, then nothing could stop the governments who own these pipeline easements from opening hiking trails through those homes’ back yards.

About the Los Angeles and Sacramento Lawyers at Kassouni Law…