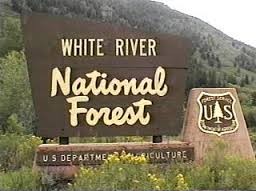 In 2011, Andy and Ceil Barrie bought their dream cabin in Colorado. They had previously been residents of Chicago, but with the kids off to college they purchased the century-old cabin with hopes of using it as empty-nesters. The cabin is in a beautiful location, nestled amongst the trees and slopes of the White River National Forest. The Barries have no plans to develop the property, and continue to allow hikers to use the property for recreation.

For those who are not familiar, the power of eminent domain is granted to the government by the Constitution. Under the Fifth Amendment the government may take private property for “public use” as long as it pays the property owner just compensation. Generally, the power of eminent domain is used to secure lands for public projects like roads, bridges, military bases, and public parks. There is some precedent for using eminent domain to acquire land for “open space,” but it is not done that often.

The reason why eminent domain is so rarely used for such purposes is made clear by the plight of the Barries.  The Barries have a unique property. To them, it is not just a house on a piece of land, it is their dream for their retirement. The government is seeking to take their land, not because the public needs a road, or a water system, but because the county would simply prefer that nothing be built in that area.  In other words, the Barries’ dreams are being taken to satisfy the subjective preferences of a few county commissioners. Whatever the government decides to pay for the property, can it really compensate the Barries for the loss of their dream?

And therein lies the problem with eminent domain generally. There is far more value in a home than its market value. It contains the hopes dreams and memories of a family. When the government takes that property, it can’t replace those subjective values by throwing money at the property owner. Thus, when used at all, the power of eminent domain should be used as a last resort for pressing public needs. Not simply because taking the property is easier than negotiating with the land owner to satisfy the subjective preferences of the County.

If you are experiencing a similar legal issue, consider contacting the land use and eminent domain lawyers at the Sacramento and Los Angeles offices of Kassouni Law. They will be pleased to assess your case and help you develop a strategic plan to obtain favorable legal results.