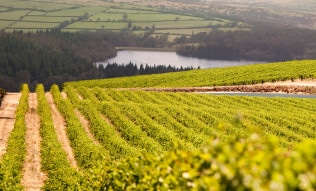 The Agriculture Marketing Agreement Act of 1937 allows the United States Secretary of Agriculture to establish “marketing orders” to ensure stability in a variety of agricultural markets. The marketing order requiring raisin growers to turn over a percentage of their crop to the government free of charge is an allocation determined each year by the Raisin Administrative Committee. The Committee consists of a panel of members of the raisin growing community appointed by the Secretary of Agriculture. Once the crop is grown, the Raisin Committee acquires legal title to the allotted percentage of the grower’s raisins, and disposes of the raisins as it deems appropriate. “It sells them in non-competitive markets, for example to exporters, federal agencies, or foreign governments; donates them to charitable causes; releases them to growers who agree to reduce their raisin production; or disposes of them by ‘any other means’ consistent with the purposes of the raisin program.”

Marvin and Laura Horne are raisin handlers and growers in the State of California, who in 2002, refused to set aside any of the percentage of their raisin production for the Government as required by the marketing order for that season. The Government assessed a fine for the fair market value of the raisins, roughly $480,000, with an additional civil penalty of $200,000 for failing to comply with the marketing order. The Hornes sought relief from the Court, appellate attorneys argued the marketing orders amounted to an unconstitutional taking of their property under the Fifth Amendment. The Government argued to the United States Supreme Court that the lower courts had no jurisdiction to consider this constitutional issue, but the Supreme Court rejected this argument and remanded the case to the Ninth Circuit for a decision on the merits of the Hornes’ claim.

The Appellate Court rejected the argument that the reserve requirement amounted to a per se taking under the Fifth Amendment, instead deeming the requirement to be a “use restriction”, and was therefore a “proportional response to the government’s interest in ensuring an orderly raisin market”. The Appellate Court based their holding on the analysis that personal property should not be afforded the same level of protections under the Fifth Amendment as real property. Further, because the Hornes were entitled to an interest in the net proceeds from any sale of the reserve raisins, the Court held that they were not completely divested of their property rights.

On June 22nd, the Supreme Court rejected the decision of the Appellate Court, holding that the Government’s obligation to pay just compensation under the Takings Clause applied equally whether the property in question was personal property or real property. Further, the Court held that the Government could not avoid this compensation requirement by granting an interest in the net proceeds of the sale of the reserved produce to the growers, when the sale of such produce is at the sole discretion of the government. Finally, the Court held that the Government’s mandate to relinquish specific property as a condition for growers to engage in selling raisins in interstate commerce equals a per se taking, and was therefore unconstitutional.

If you have a constitutional matter you would like evaluated by the team of appellate attorneys at Kassouni Law, feel free to call. Owner and appeal attorney Timothy Kassouni will speak with you personally